Bonifacio VIII, the Palace, the Emperor and more - Archeoares

Bonifacio VIII, the Palace, the Emperor and more 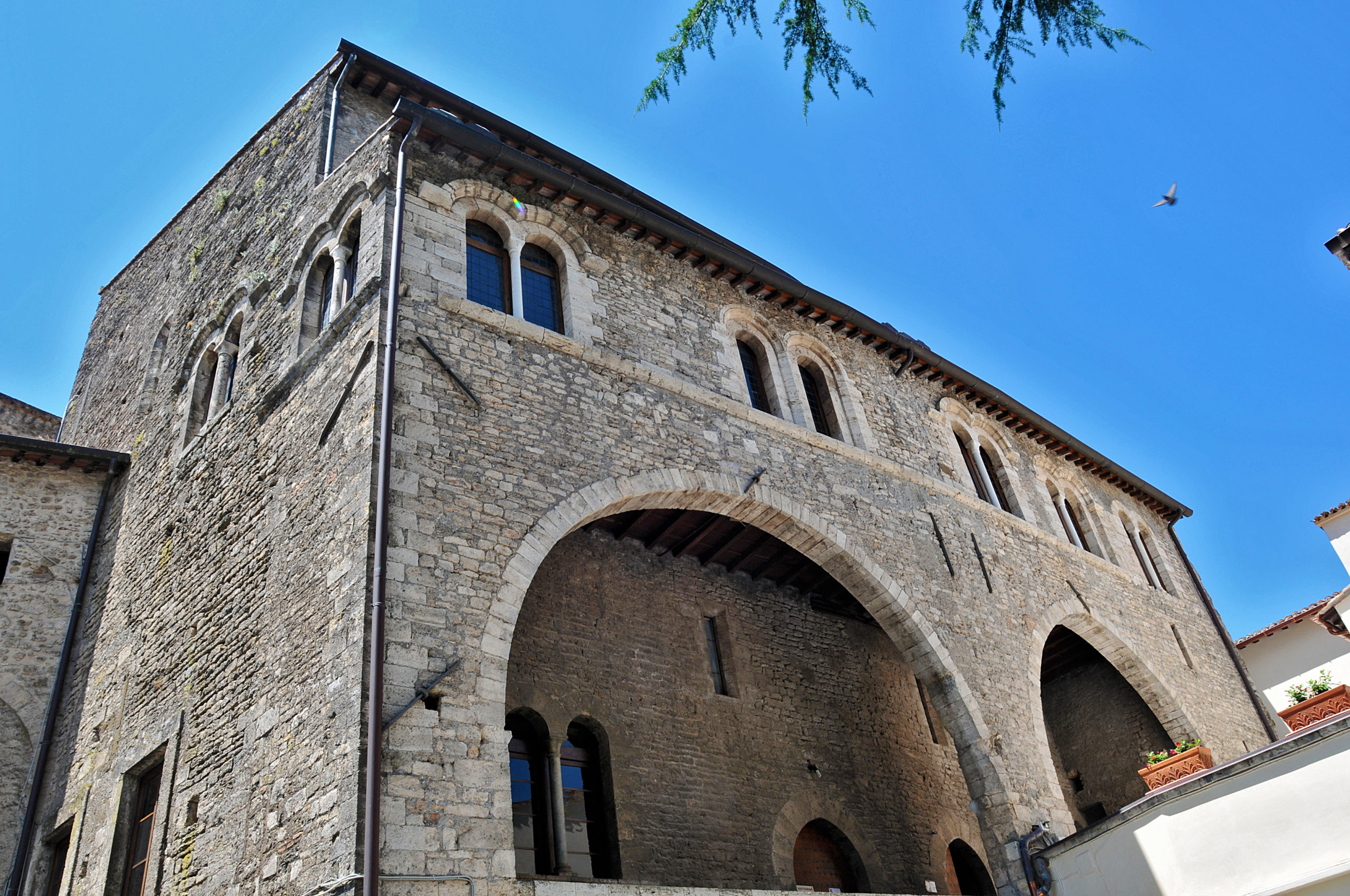 Bonifacio VIII’s Palace was the home-fortress of the popes of Anagni. Although the name recalls the only property of the famous pope of the “Slap”, the firstdomus towered almost certainly to Lotario of the Conti of Segni, Pope, as Innocent III,from 1198; then, in the early thirteenth century, Ugolino Conti, pope from 1227 with the name of Gregory IX, expanded the building, transforming it into an elegant baronial mansion while maintaining strong military accents.

In 1230 he hosted the Emperor Frederick II, freed from censorship in 1227 and arrived in Anagni “with splendid competition principles and elders”: the two sat down at the table with skillful diplomat Hermann von Salza. Federico had a vision of a magnificent mansion, which he later called “admirable,… as the direction of the sun” and wrote of that meeting: “We visited with reverence the supreme pontiff, who welcomed us with fatherly affection and with him we exchanged the kiss of peace, thus sanctioning the peace of hearts …”.
In 1254 Pope Innocent IV resided at Palace, elected in Anagni in 1243, receiving here the ambassadors of the Kingdom of Sicily. Finally in 1297 the building became ownership of Boniface VIII, purchased by his nephew Peter, and became, like a dungeon, the more massive and ancient nucleus of the property of the Caetani, who, counting on a large supply of money, in the meantime had made all the area around the cathedral a family neighborhood. The colossal real estate of Boniface VIII designed an urban fortified, defended with walls of the ancient Acropolis, in the symbolically most representative area of the city. Within this area, the Palace, already linked to the other giant figures of the low-medieval papacy, became a scene of a political manifesto.
Tragically, on Sept. 7, 1303, in fortilitium Caetani, Boniface VIII suffered an attack known as the “slap of Anagni”: faced and arrested by Guillaume de Nogaret and Sciarra Colonna, sent by the King of France Philip IV the Fair, he died a month after the outrage.

After the parable of Bonifacio VIII, the Palace was owned by the Caietani until 1690, then it passed to Astalli, related by marriage with the Caetani, as the legacy of the Marquis Orazio Caetani; in 1764 the last of Astalli, Tiberius Junior, died in debt; the Opera of the Cistercian Sisters of Charity, spiritual daughters of Mother Claudia De Angelis (1675-1715), had half a century of life: they reclaimed the building and annexed to their eighteenth century Motherhouse, creating over time a great block, to which is joined the medieval factory.

THE ROOMS IN THE PALACE

Inside it notes the frescoed rooms, showing patterns arising from the rich classical heritage, passed down through miniatures, textiles, mosaics, combining it with references to the modus vivendi thirteenth and courteous games of the time. In particular the Hall of the Geese shows an atlas of birds, which describes about a dozen species of birds, inspired by De arte venandi cum avibus of Frederick II of Hohenstaufen.
In the Hall of the Exchequer there are formsquatrefoilenrolling Exchequer, that reference to the game of chess, chivalrous symbol of the battlefield and military strategy, but also courtly pastime. On another wall are painted birds symmetrically addressed or divergent within wheels, directly comparable with embroidery in gold thread-like the cope of Boniface VIII in the Museum of the Cathedral and the “cope parrots” stored at Vicenza.
In the lower register of the same room there is a frame with racemes plant and a hoof with rectangular fake marble panels: some details find comparisons with the painted decoration of the Chapel of the Saviour in Cathedral of Anagni, but also in some Roman ecclesiastical residences and even in the rooms of the tower Innocent III in the Vatican Palace.
Then the partition is very similar to that from the House of Augustus on the Palatine, look very interesting, because by the appeal to antiquity the emphasis on continuity between the great Roman Empire and the great Christian Rome and led the said UBI PAPA, IBI ROMA, where the pope is, there is Rome: Anagni was as Rome.