Anagni, known as the City of the Popes, gave birth to four popes and has long been the papal residence.

The epilogue of a clash between two ideas of power: Bonifacio VIII claimed the universal and eternal power of the church; Philip IV was to be the king of the first national state of Europe, with strong financial needs.

In  1296, Philip IV taxed the French clergy, forbade the export of money, gold and silver outside the kingdom, claimed the right to judge the French clergy and repeatedly disobeyed to all the rebukes of Bonifacio VIII.

Philip believed he have to be accountable only to God and judged Bonifacio VIII as an unworthy Pope. After he risked to be excommunicated several times, he sent Guglielmo of Nogaret in Italy in ordero to organize the party opposed to Bonifacio VIII, and to made the Pope judged by a general council. Bonifacio was ready to excommunicate the king, but he did not have time: on 7th  September of 1303 over thousand mercenaries men led by Giacomo Sciarra Colonna reached him in Anagni.

The enemies  entered the doors already open by traitors of the pope, including the greatniece of the other Anagni Pope Gregorio IX. The attackers shouted: “Long live the King of France, die Pope Boniface!”.

The negotiations began, Sciarra demanded the surrender and resign from the papacy and the pope refused. Bonifacio was willing to martyrdom and replied to Sciarra’s fury by saying: “E le col  e le cape! Nosco primogenitum Sathane”” Here is the neck, here is the head! I acknowledge Satan first-born. ” And on this occasion the story tells that Sciarra Colonna slapped the Pope Bonifacio VIII. 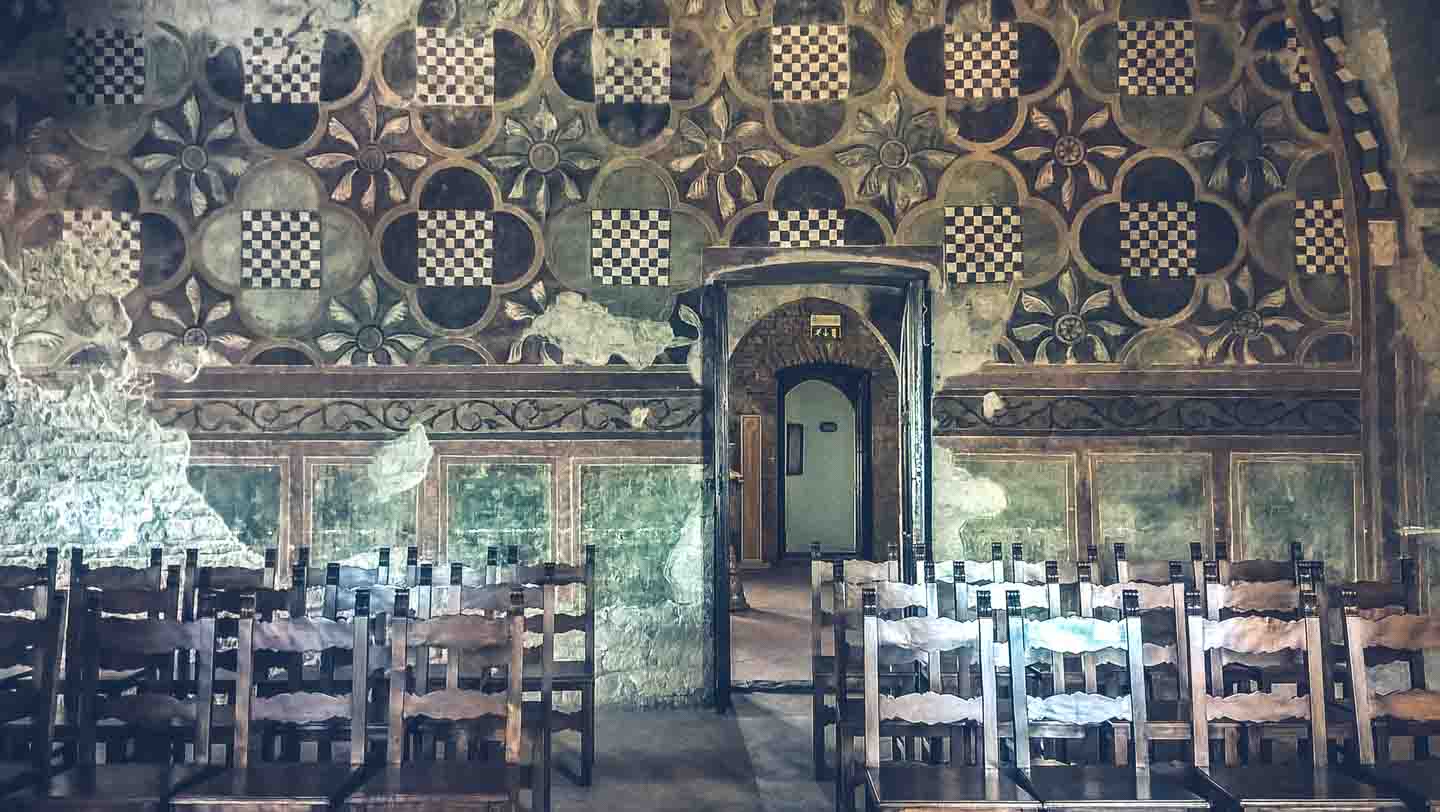 The Chessboard Hall is a large rectangular room, with double vault and central bearing transverse arch, which goes down to the floor level. The name of the room comes from the fresco of the east wall, where quadrilobe forms realize the Chessboard, with flowers with eight helicoidal petals in the interspaces. In this room the local historical tradition recognizes the famous “Hall of slap” to Bonifacio VIII. 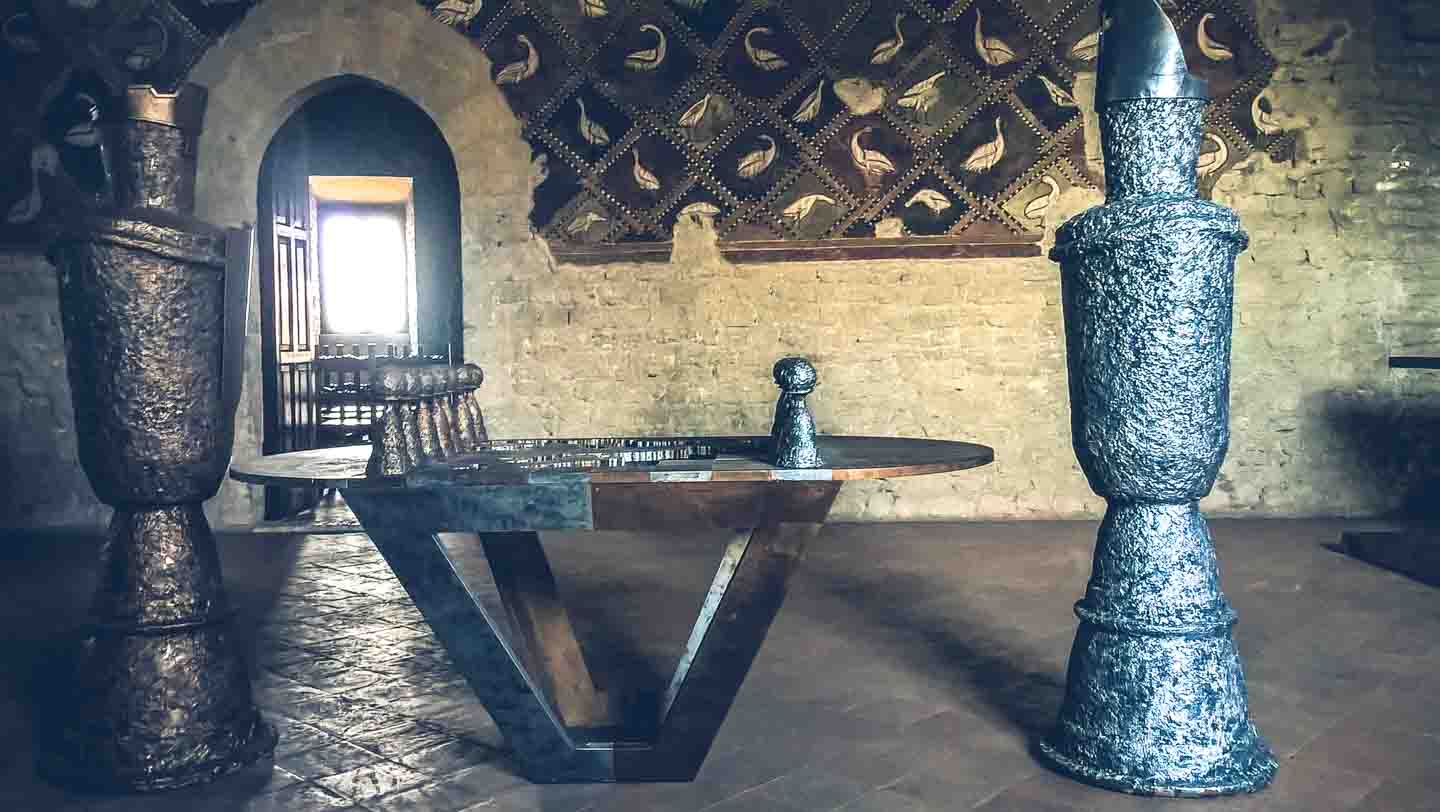 Hall of the Geese 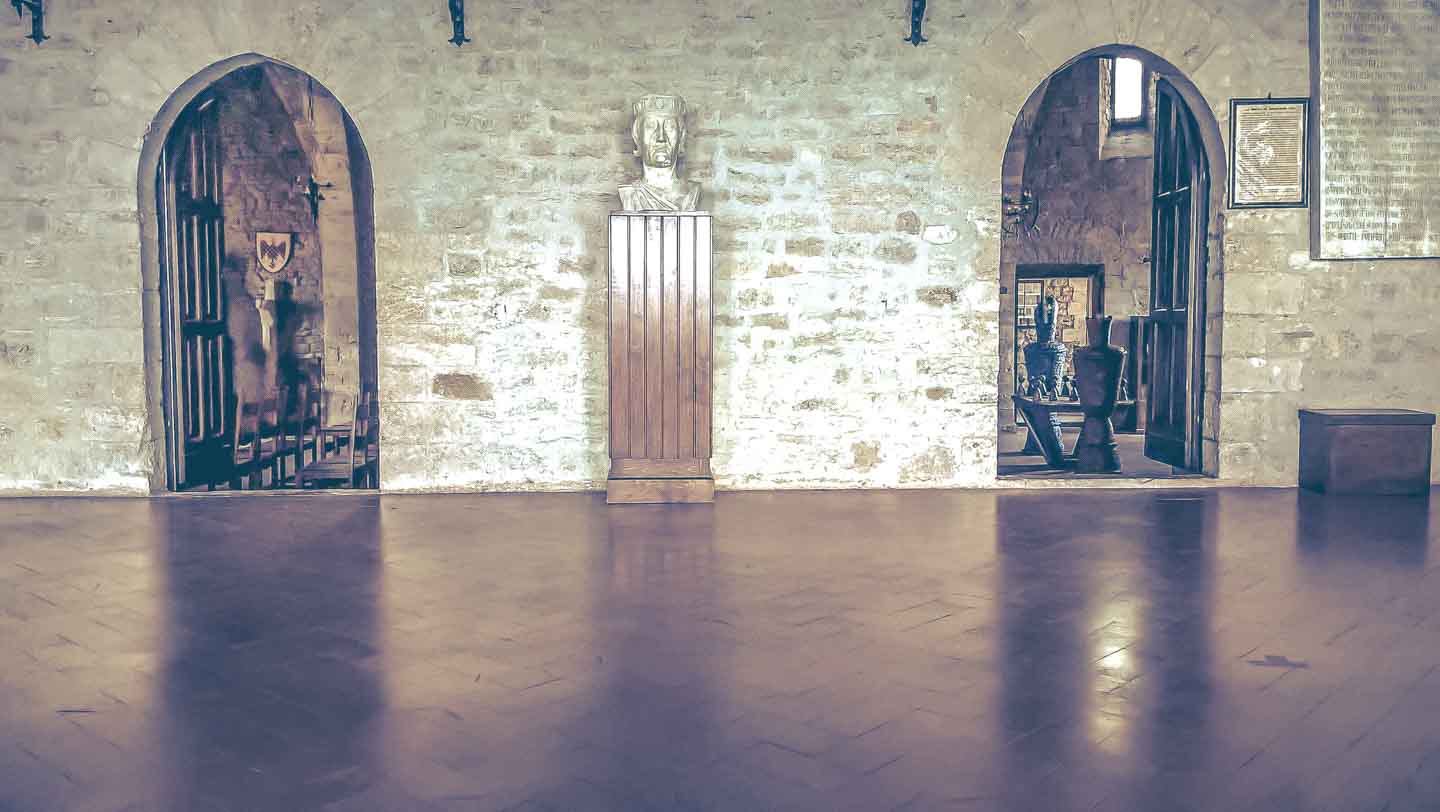 The actual Jubilee Hall corresponds to the ancient gallery added during the expansion phases and realization of the south wing of the palace. The roomis built with large stone arcs, which can be externally seen from Vicolo San Michele. From here it is clear that the Palace has a advantageous position for sighting and control of the territory and its roads.