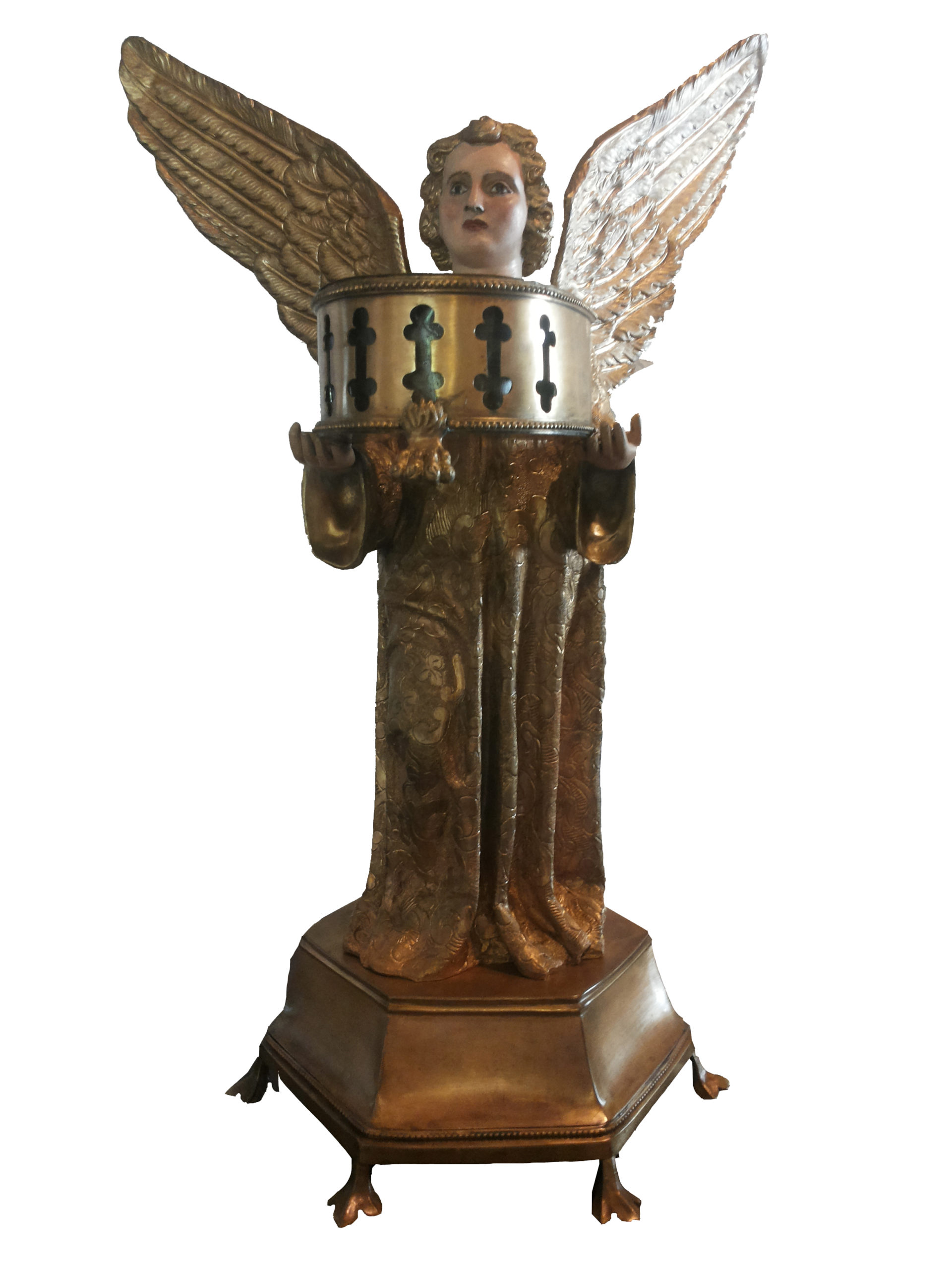 The reliquary shaped like an offering angel holds the remains of St. John Baptist’s (San Giovanni Battista) jawbone. The finding of the relic dates from 1376 in the San Lorenzo cathedral and is recorded with an epigraph on the side of the reliquary.

“This sign indicates/ a place worthy of veneration/ for many years/ here the jawbone of John/ was hidden the jawbone/ was found in the year of our Lord 1376”.

Note the correction of the sculptor’s mistake in the inscription the letter D instead of L is used to indicate the Roman numeral 50.

The date of the relic is derived from an act found by Signorelli recording “The City Hall in reforming its statues in 1469 ordered to make a honorable and decent ciborio with public money in which to place the relics of the chin of San Giovanni Battista (Libro IV Rub 69)”. Finally in 1481 they recognized the relics of San Giovanni and repaired the reliquary (Reforme XXI f.57). The small statue is a replica of the one made by Pietro Giovanni Giudici in 1433 for the Church of San Francesco in Vetralla. It was of less precious metal but enriched by details of the face and hands painted like those of Transalpine works of the 14th century or late 1300 Senese pieces. In the Museum there are designs showing the life of San Giovanni Battista by Anton Angelo Falaschi and Domenico Corvi for the decoration of the Gonfalone church.