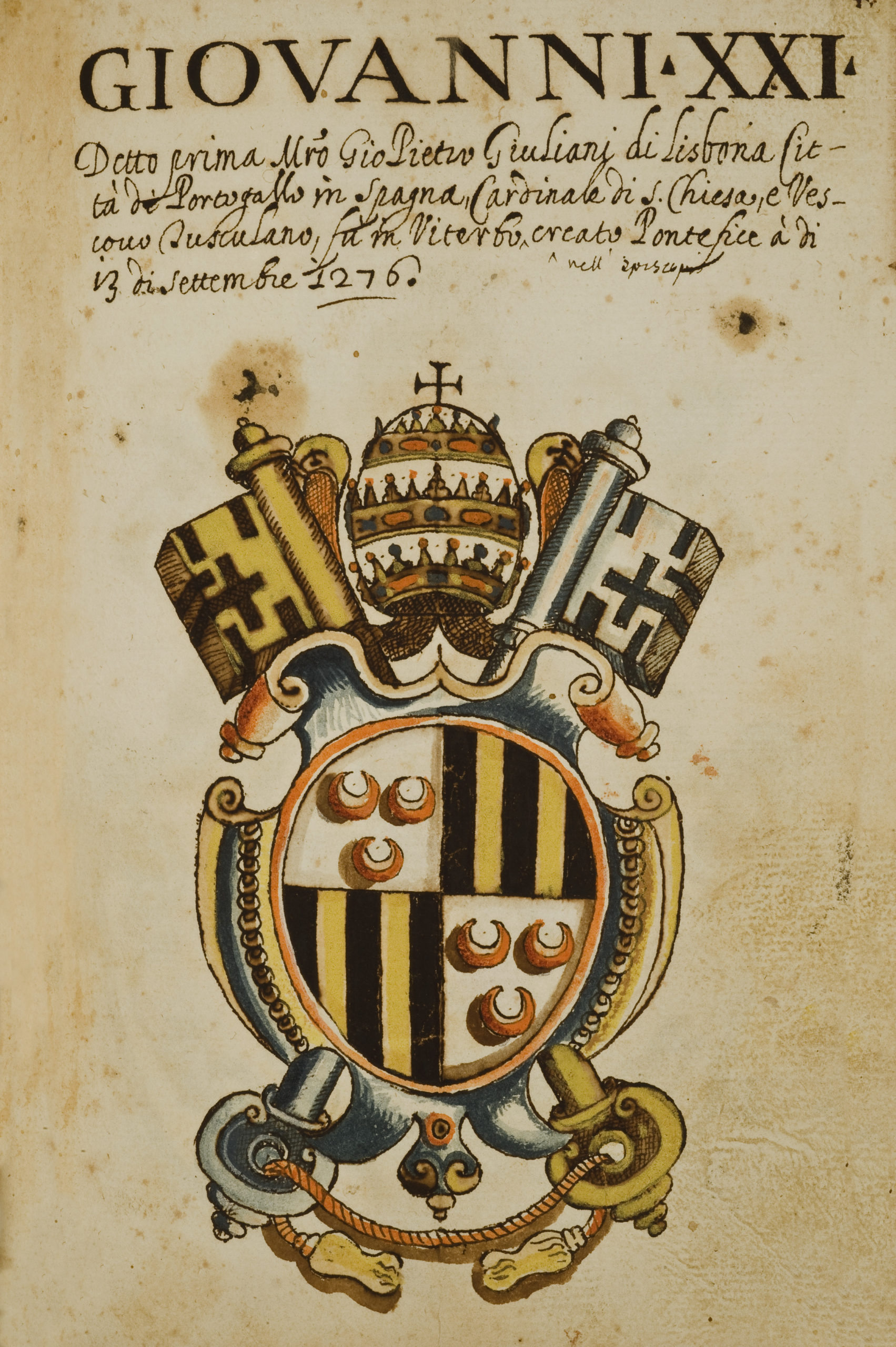 In Catholic liturgy the pallium is generally a strip of white wool worn around the neck by the highest levels of the church and indicates the bishop’s dignity. In this case it is a silk and gold pallium belonging to Pope John XXI (Giovanni XXI) who was elected in Viterbo in 1276 and reigned for eight months until his death brought about by injuries suffered when the pavement collapsed. The pope was buried in San Lorenzo cathedral and his tomb was moved several times through the ages. In 2000 it was installed in a new monument in the left nave in the front of the cathedral. This monument was a gift of the Portuguese embassy to the Holy See to honor the only Portuguese pope in the history of the Catholic church. Tradition says he was an alchemist but perhaps this arose from a misinterpretation of the medical text he wrote “Thesaurus pauperum”.

Tomb of John XXI before translation of 2000

The pallium before restoration