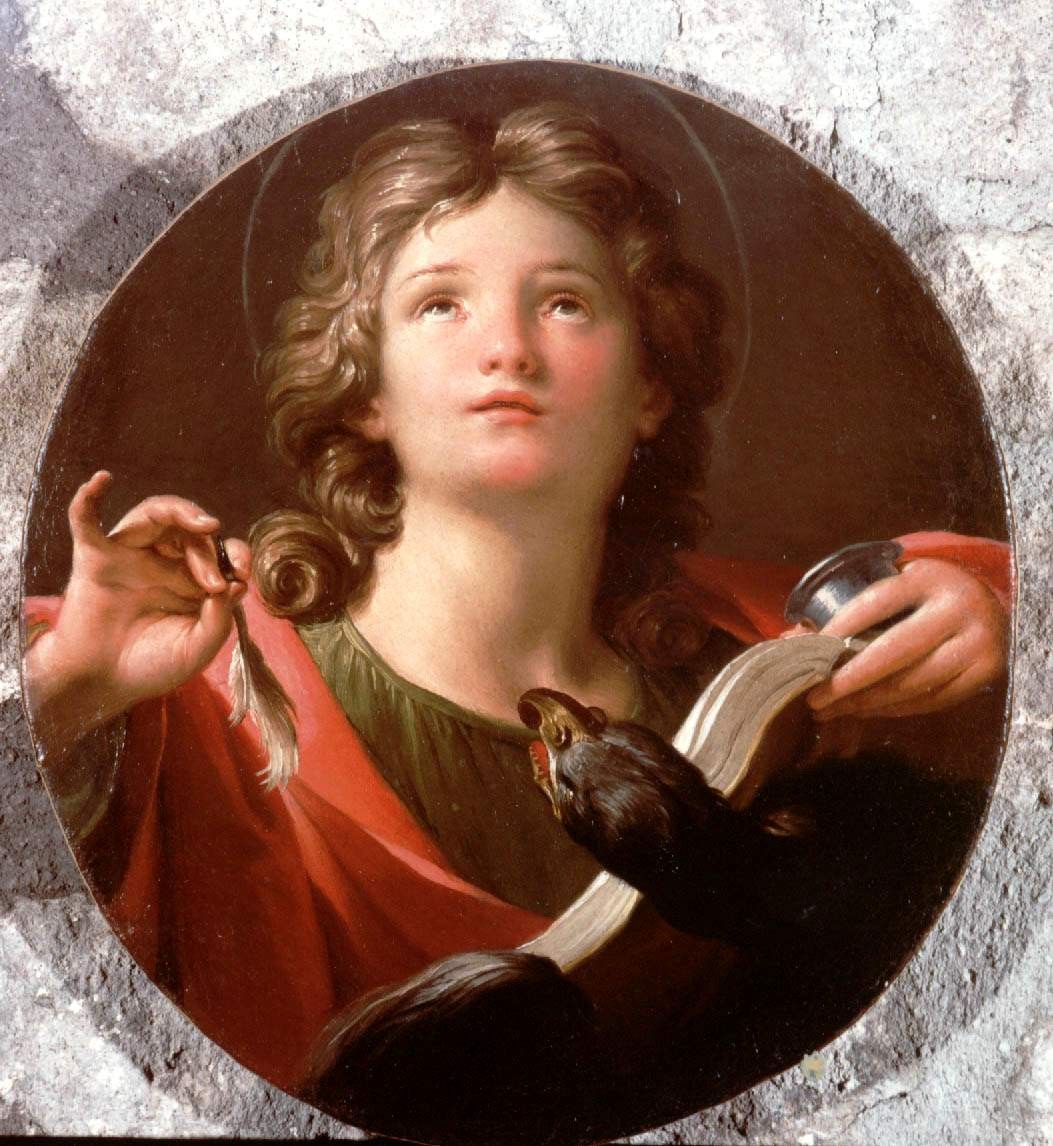 The circular painting “tondo” of 1749/1750 shows the figure of John the Evangelist holding a book of the Gospels, an inkwell plus a pen in the right hand. An eagle, the symbol of John the Evangelist (S. Giovanni Evangelista), is visible in the lower right. All is shown in great detail with strong contrast between the dark background and the light coming from the left illuminating the scene. The work was commissioned by the confraternity of Sant’Orsola of Viterbo.

The pictorial style of the work is similar to that of the Bohemian painter Raphael Mengs, who worked in Rome in 1744, where the young well known Viterbese painter was working and had his designs chosen to represent the Holy Week. This work by Corvi was identified by Noris Angeli and confirmed by Italo Faldi in 1996, following the discovery of a payment note from 1749 in the archives of the commissioning Confraternity of Sant’Orsola.
The pictorial style of the artist confirms the dating by comparison with “San Michele Archangelo” conserved in the church of Trinità dei Monti in Rome, which is generally dated 1763, but which Titi anticipates to 1749 based on the style and composition similar to the work being examined. Other works by the artist conserved in the Museum are: S. Giacinta Marescotti and the drafts for the Gonfalone church frescoes.

Domenico Corvi was an 18th century Viterbese painter with an important place in the Roman figurative culture. In 1756 he entered the Accademia of San Luca working under Francesco Mancini. His artistic itinerary saw him move in different steps: rococo, recuperating the luminous chromatic solutions of Correggio and Baroque tradition. The painting participated in an exhibit “Domenico Corvi” held at the Museum of Rocca Albornoz, Viterbo from December 12, 1998 to February 28, 1999, on loan from the Episcopal Museum of Viterbo.