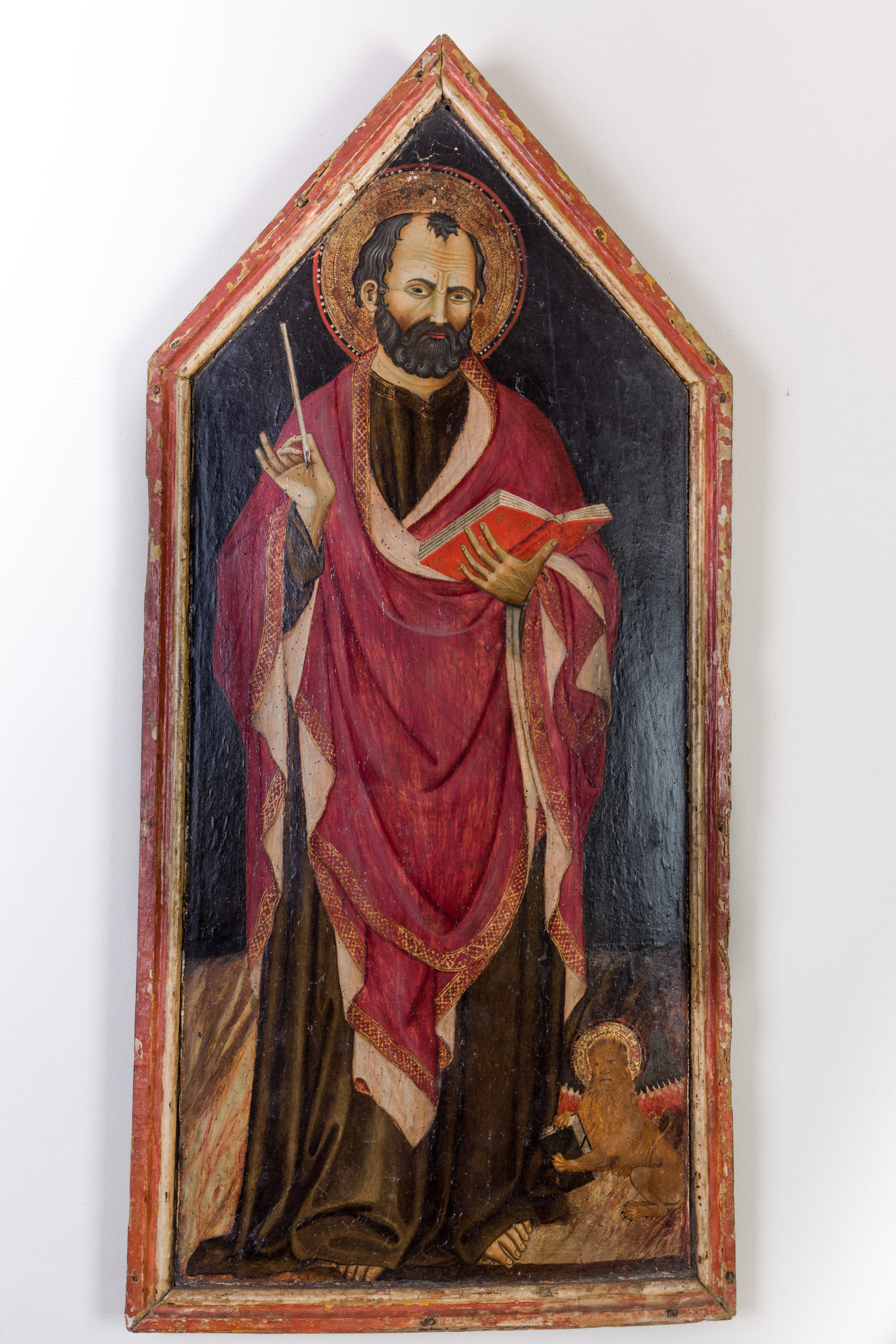 The work has a late Gothic style typical of Balletta during the last part of his life. Balletta was active from about 1430 and the work is probably a later one. St. Mark (San Marco) is shown with the attributes of a pen and a book, reminders of the Gospels he wrote, and with the classic winged lion.
The work was done for the church of the same name in Viterbo and remained there until it was transferred to the Canonica for security reasons. It became part of the Museum collection in 2014.