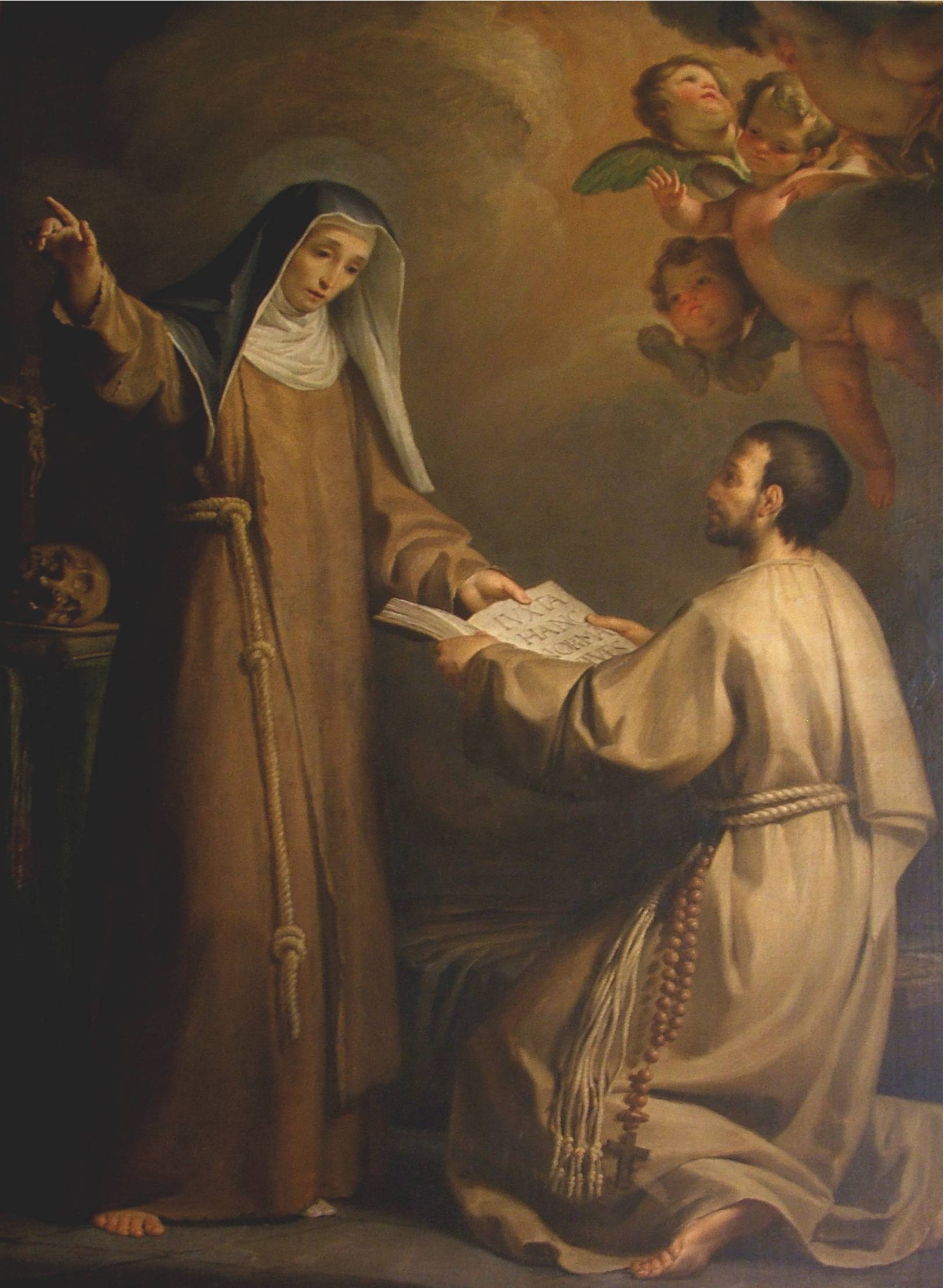 The saint is shown standing holding the monastery rule book. Francesco Pacini kneels before her to receive the rules. On the book we read “IUXTA HANC VIVES” clearly referring to the libertine Pacini who was converted by Giacinta to become her right hand helper in the world.

The painting, dating from the last quarter of the 18th century, is partially unfinished with an error in Pacini’s right foot. This work of Corvi was unknown until it was recognized by La Fontaine in 1924 and the subject was identified by Italo Faldi in 1970. Corvi did the painting for the beatification ceremony of Francesco Pacini held in St. Peter’s in 1783, the last part of the painter’s artistic activity.

A few details such as the male figure’s head and the unnatural rotation of the toes of the left foot lead to believe some of the work was done by a student in Corvi’s studio. Faldi tells us that for the exhibit held June 10, 1972 at Palazzo dei Priori, the painting was restored by Augusto Cecconi Principi because of its state of advanced degradation, several lacerations on the wooden back, and the surface was blackened with a film of dirt. A rough draft of the work signed Domenico Corvi has been in the Museo Correr of Venice since 1830.

Domenico Corvi was an 18th century Viterbese painter with an important place in the Roman figurative culture. In 1756 he entered the Accademia of San Luca working under Francesco Mancini. His artistic itinerary saw him move in different steps: rococo, recuperating the luminous chromatic solutions of Correggio and Baroque tradition. This work participated in the exhibit “Domenico Corvi“ at the Museum of Rocca Albornoz in Viterbo which took place from December 12, 1998 to February 28, 1999.